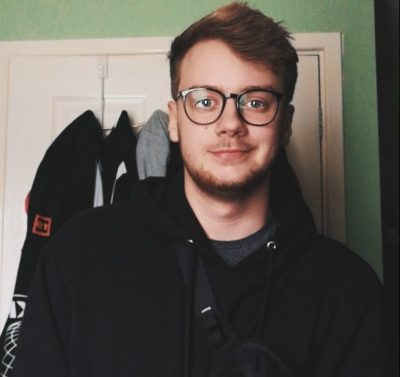 Hi, my name is Brandon Turner and I am one of diversiti UK’s recent Kickstart sign ups. I have ADHD, Autism and Asperger’s and having to deal with them while also juggling day to day life and work can be hard but regardless of that I have stuck through it all to stay at a workplace I feel actually impacts the community because I know it’s worth the effort.

I have worked at diversiti UK for now 6 months and I’m going onto my 7th month.  But my first 5 months were volunteer work. It wasn’t meant to be volunteer work, as the Kickstart scheme was meant to start a lot sooner and as such I would’ve started work here sooner instead of the volunteering I was doing.

I’ve read that some others like myself chose to instead to leave their Kickstart opportunities due to the scheme taking it’s time to actually be put in place.  And while I was tempted at several points to do the same, I couldn’t. I felt that the work I had put into the company over those 5 months would be wasted if I just quit then and there; I knew that I would be making a difference at diversiti UK. Even if only a small difference but that alone was enough for me to stay. Not only this but I enjoyed the environment that diversiti UK brought. At first, I was thinking it would be the normal office type job, but I was wrong. The job club that occurs twice a week brought me valuable experience through interacting with many people from the community around me who just wanted to be able to work again after many of them losing their job due to the pandemic that has affected us all.

While I’ve heard many a story and read many news articles about how people were affected; being able to talk to the people who were affected really impacted me and my decision to stay. I realised that if I could just assist just one or two people in getting back onto their feet once more then I’d feel like I’ve actually had an effect on the community instead of the normal run of the mill office job.

The team I’ve been working with has also been a big part of my journey at diversiti UK. I say team because they work as well as one and I feel like I work well within that team, I don’t feel like an extra and I think that’s done to how they’ve treated me and supported me throughout the time I’ve been here. Each of them has supported me and helped me at one point or in some cases several; from piano lessons to giving me important work life lessons that I’ll never forget.

At home I’ve had some struggles, as I have to help my mum a lot as she is normally very ill due to several health conditions and during the middle of February I had to care for her when she felt really ill due to her first vaccination shot. Due to this I had to stay at home with her so I could care for her when she needed me. This did interfere with my volunteer work but once my mother was well again I got back into the flow of things with the help of team at diversiti UK. It was good that diversiti UK were flexible with me, allowing me time to juggle my work and personal responsibilities, and creating an inclusive place to work.

Overall, I’m glad I stuck it through and stayed at diversiti UK instead of quitting early on and I’m excited to see what experience and important lessons I can be taught during my time at diversiti UK.

Search
Recent Posts
Post Categories
Contact Information
Navigation
Recent Posts
Connect With Us
Copyright © 2019. Diversiti UK. All Rights Reserved. Website designed by Marq Web Designs.
0
Why I do what I do within Diversiti UKUncategorized